Thanks to their locations in America’s best shale play, these oil stocks should deliver robust growth in the years ahead even if oil prices remain low.

The oil industry has been a challenging place for investors over the past few years because prices have fluctuated so wildly. That said, one of the drivers of the craziness in the oil market has been the stunning coming of age of the U.S. shale industry that, thanks to a steady stream of innovation, is becoming more profitable by the day. Because of that, the best days for investing in the oil patch might just lie ahead now that the market has rebalanced.

The top spot for investors appears to be the Permian Basin, which due to its oil saturated rocks, low drilling costs, and legacy infrastructure is fueling high returns for drillers at current oil prices. Because of those returns, producers are on pace to grow output at a rapid rate, with leading Permian driller Pioneer Natural Resources (NYSE:PXD) forecasting that oil production in the Basin is set to rise from around 2 million barrels per day up to 5 million on a daily basis by 2026. Among the companies leading the charge are Diamondback Energy (NASDAQ:FANG), RSP Permian (NYSE:RSPP), and Parsley Energy (NYSE:PE), which all expect to grow oil output at breakneck speed. That rapid growth rate suggests that these could be monster stocks in the making. 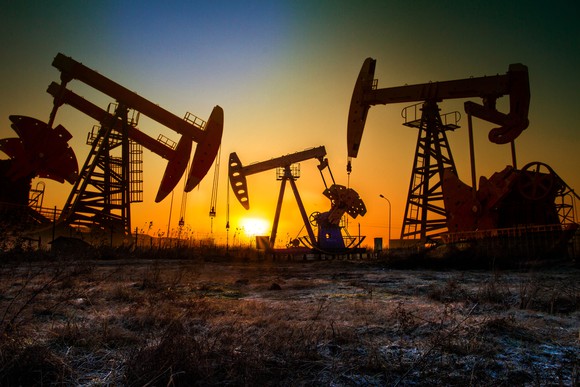 Taking a big bite in the Permian land grab

Diamondback Energy was one of several oil producers that gobbled up land in the Permian last year, including spending $2.55 billion to buy Brigham Resources. That deal is a game changer for the company. Before that transaction, Diamondback estimated that it could increase production 30% in 2017 and was on pace to deliver multiyear organic growth within cash flow from its existing asset base. However, the addition of Brigham’s legacy output and more than 1,200 high-return drilling locations — many of which can earn triple-digit returns at current prices — supercharged that forecast.

The company now expects to grow production 65% this year while maintaining a conservative financial profile of just 1.4 times net debt to adjusted EBITDA, which is below the 2.0 times average in the industry. Meanwhile, the company has the resources, both financial and oil and gas in the ground, that provides it with “a runway for unprecedented growth for years to come.” Not only can Diamondback maintain a high double-digit production growth pace at current prices, but its acreage can support 15 to 20 rigs in the future once prices increase, which is more than double the eight rigs it expects to run this year. It’s that ability to deliver high-return growth that could enable Diamondback to continue delivering market-smashing returns in the years ahead as it builds on the more than 400% gains it has already achieved since going public in 2012.

While RSP Permian went public right before oil prices crashed in 2014, it has still risen 67% despite the fact oil prices are down nearly 50% over that same time frame. The company appears to have plenty of growth left in the tank, especially after making a big acquisition splash that year. That headline-grabbing deal was its $2.4 billion purchase of Silver Hill Energy Partners and Silver Hill E&P, which significantly increased its scale in the Permian by adding 1,950 high-return drilling locations to its inventory.

Those future wells should enable RSP Permian to deliver robust production growth over the next several years. In fact, the company sees output rocketing a remarkable 82% to 92% this year, with the ability to fully fund that growth and maintain less than 2.0 times leverage at $55 oil. Meanwhile, the company can deliver more than 30% annual output growth in 2018 and 2019 while living within cash flow at $55 oil. While crude is below that level at the moment, it has flirted with it several times over the past year and could easily rise above that level if OPEC’s production cuts work as hoped. That said, even if oil remains lower for longer, RSP Permian can still grow at a rapid rate since its wells will earn lucrative returns at weaker oil prices. 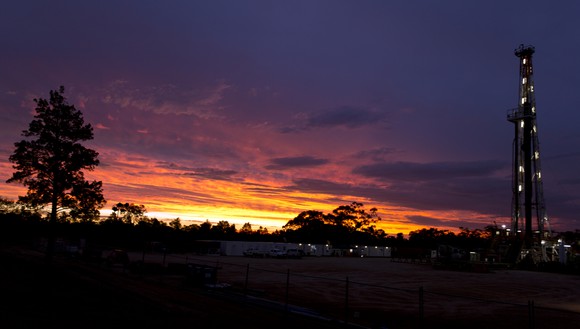 Parsley Energy has also performed admirably since going public in early 2014, with its stock up nearly 25% despite a 55% drop in crude prices. Fueling its ability to vastly outperform oil has been the remarkable rise in its production, which has grown by a 16% compound annual quarterly rate over its 11 quarters as a public company. That said, after completing a slew of Permian acreage acquisitions over the past year, the company has a massive inventory of high-return drilling locations that should fuel monster production grow in the years ahead. In fact, it’s now the second-largest acreage holder in the Midland Basin section of the Permian, second only to Pioneer Natural Resources.

That asset base should continue fueling eye-popping production growth for the foreseeable future. This year, for example, Parsley Energy sees its output rising 62% to 78%, with growth accelerating in the back half of the year as it adds more rigs to its acreage, which are expected to generate “substantial production momentum heading into 2018” according to the company. Furthermore, because the economics of these wells are so good at current oil prices, this growth that should continue creating value for investors even if oil prices don’t head any higher.

Permian Basin producers have thrived during the market downturn because they can earn such lucrative returns by drilling new wells. With those returns getting better by the day thanks to the industry’s focus on driving down costs and using innovations to drive up well productivity, it suggests that the sector’s best days still lie ahead. This forecast implies that investors could earn monster returns from Permian pure plays, which are on pace to deliver high-octane growth in the years ahead.