Why were Carbon Credits created?

The burning of fossil fuels is a major source of greenhouse gas emissions and the carbon credit concept came into existence as a result of increasing awareness of the need for controlling these emissions and to limit global warming. Credits are a valuable tool in the fight against climate change, by helping companies with a carbon footprint, especially those generating global emissions in developing countries. They are units of carbon dioxide that can be traded in carbon markets. The credits are generated by carbon projects, such as planting trees, which offset carbon emissions from things like factories and power plants. By buying carbon credits, businesses and individuals can offset their own carbon emissions. The carbon market is a way to put a price on carbon, which incentivizes businesses to reduce their emissions. Carbon markets can also be used to fund carbon projects, which help to offset carbon emissions and create jobs in the renewable energy sector. Credits are an important part of the fight against climate change, and they provide a way for businesses and individuals to offset their carbon emissions. 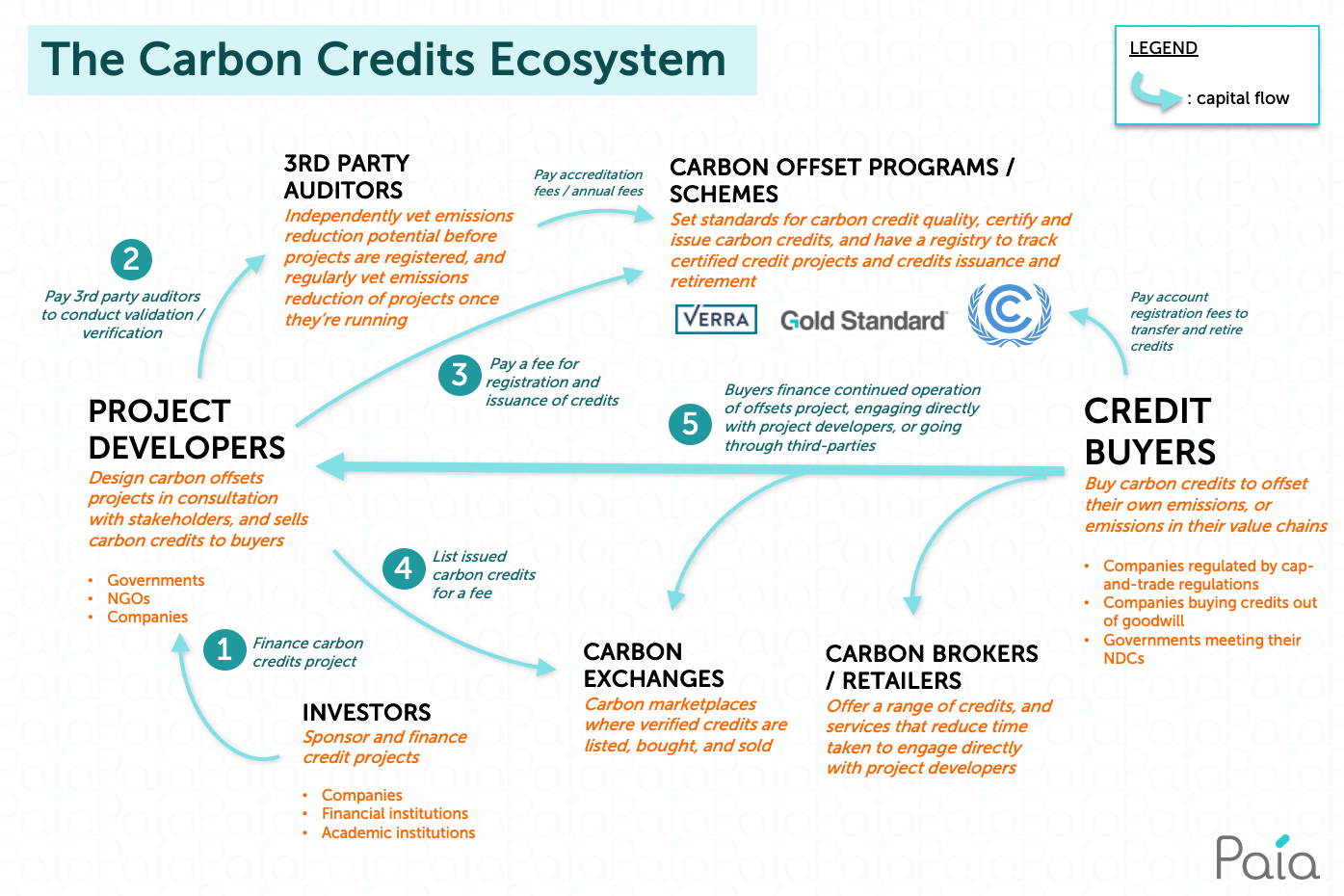 Figure 1: The Carbon Credit Ecosystem, by the Paia Team

What Is a Carbon Credit?

The credit is half of a so-called “cap-and-trade” program. Companies that pollute are awarded credits that allow them to continue to pollute up to a certain limit. That limit is reduced periodically. Meanwhile, the company may sell any unneeded credits to another company that needs them.

Since it’s difficult to understand just how much a ton of carbon is, the term “carbon offset” gives emissions a manageable metric.

The concept of using carbon credits to measure emissions started in the early twentieth century. The decision to market them, however, didn’t begin until the 1997 UN Kyoto Protocol, the first international agreement to cut CO2 emissions.

Since then, carbon credits and their cousins, carbon offsets, have become a popular revenue generation tool for farmers, ranchers, and landowners.

There are two types of credits. Voluntary emissions reduction (VER) is a carbon offset that is exchanged in the over-the-counter or voluntary market for credits. Certified emissions reduction (CER) relies on emission units (or credits) created through a regulatory framework with the purpose of offsetting a project’s emissions.

What is a carbon credit worth?

The value of carbon credits can vary depending on a number of factors, including the type of project they are associated with and the country or region in which they are generated. For example, carbon credits from projects that help reduce deforestation in developing countries are typically worth more than those from industrial gas-reduction projects in developed countries. In summary, the price of carbon offsets varies widely from <$1 per ton to >$50 per ton.

How Large Is the Carbon Credit Market?

Estimates of the size of the credit voluntary market vary wildly, due to the different regulations in each market and other geographical distinctions. Some analysts take a very optimistic view of the carbon credit markets, and though designed to combat climate change and reduce overall emissions, revenues generated are still growing while the carbon dioxide removed has been somewhat insignificant. The voluntary carbon market, consisting largely of companies that buy carbon offsets for CSR reasons, had an estimated value of $1 billion in 2021, according to some figures. The market for compliance credits, related to regulatory carbon caps, is substantially larger, with estimates ranging as high as $272 billion for the year 2020.

Are states creating any kind of market for carbon trading?

California is the only state with a state cap-and-trade market for carbon. By 2030, the state aims to lower emissions to 40 percent below 1990 levels. About 450 entities targeted by the market must deliver an overall 15 percent reduction in greenhouse gas emissions compared to the ”business-as-usual” scenario in 2020. Companies covered by the state law can purchase a certain percentage of credits to stay under the emissions cap. California carbon credits are expected to increase by about 66 percent to $41 by 2030, according to the International Emissions Trading Association.

Washington recently passed a law this year that puts a limit on the number of greenhouse gases that can be emitted and then auction off allowances to certain highly pollutive sectors until that cap is reached. The state’s goal is to reduce emissions by 95 percent below 1990 levels by 2050. Each year until then, the cap will be reduced allowing total emissions to fall. The program’s first compliance period will begin in 2023

Where can you buy and sell carbon credits?

Financial transactions for carbon credits, once issued, are handled on carbon exchanges, or through brokers and retailers. Through these third parties, project developers may sell issued credits to interested buyers such as companies looking to offset their unavoidable emissions.

Credit buyers may choose to engage directly with project developers, at any point from methodology development, to after credits have been issued. Getting involved at earlier project stages enables credit buyers to understand the offsets project more deeply, and skipping third parties such as brokers or retailers also gives buyers access to lower prices.

You can visit the website “Our World in Data” to find the C02 profile for the United States which is an excellent resource for C02 emissions and statistics and total emissions. The average person in the United States produces annual greenhouse gas emissions of approximately 16.16 metric tons.

The question of what are greenhouse gases must have come to your mind also because the word Greenhouse gases originate from many sources and is why we have the carbon credit marketplace. Some gases, such as methane, are produced through agricultural methods, which include everything from the feces of livestock to dead bodies. Gases such as CO2 are generated largely by natural processes such as respiration and the burning of fossil fuels such as coal, oil, and gas.

Deforestation is also another cause of CO2 release. When trees are cut down for wood or cultivation land, they release carbon that is normally stored for photosynthesis. According to the 2010 Global Forest Resources Assessment, this process releases about one billion tons of carbon into the atmosphere every year.

Large industries and steel factories have also been involved in greenhouse gas emissions. According to NASA, since the Industrial Revolution began, atmospheric CO2 levels have risen by about 38 percent and methane levels by 148 percent, and much of this growth has occurred in the last 50 years.