By JUDITH KOHLER | The Denver Post–A bill overhauling how oil and gas will be regulated in Colorado won final approval in the House on Friday morning, putting it one step closer to the desk of Gov. Jared Polis, who has supported the legislation.

The House voted 36-28 for Senate Bill 19-181, which the Senate passed March 13. The Senate will now consider amendments added in the House’s Thursday night session.

The legislation would revamp the state’s oil and gas regulations by changing the mission of the Colorado Oil and Gas Conservation Commission and putting public health and safety front and center when development is considered. It would also clarify that local governments have the authority under their planning and land-use powers to regulate oil and gas as they do other types of activities.

Since its introduction in early March, the debate around SB 181 has been fierce. The oil and gas industry, several business organizations and elected officials from energy-producing areas contend local governments might try to ban drilling or slow development, reducing tax revenue and jeopardizing tens of thousands of jobs. 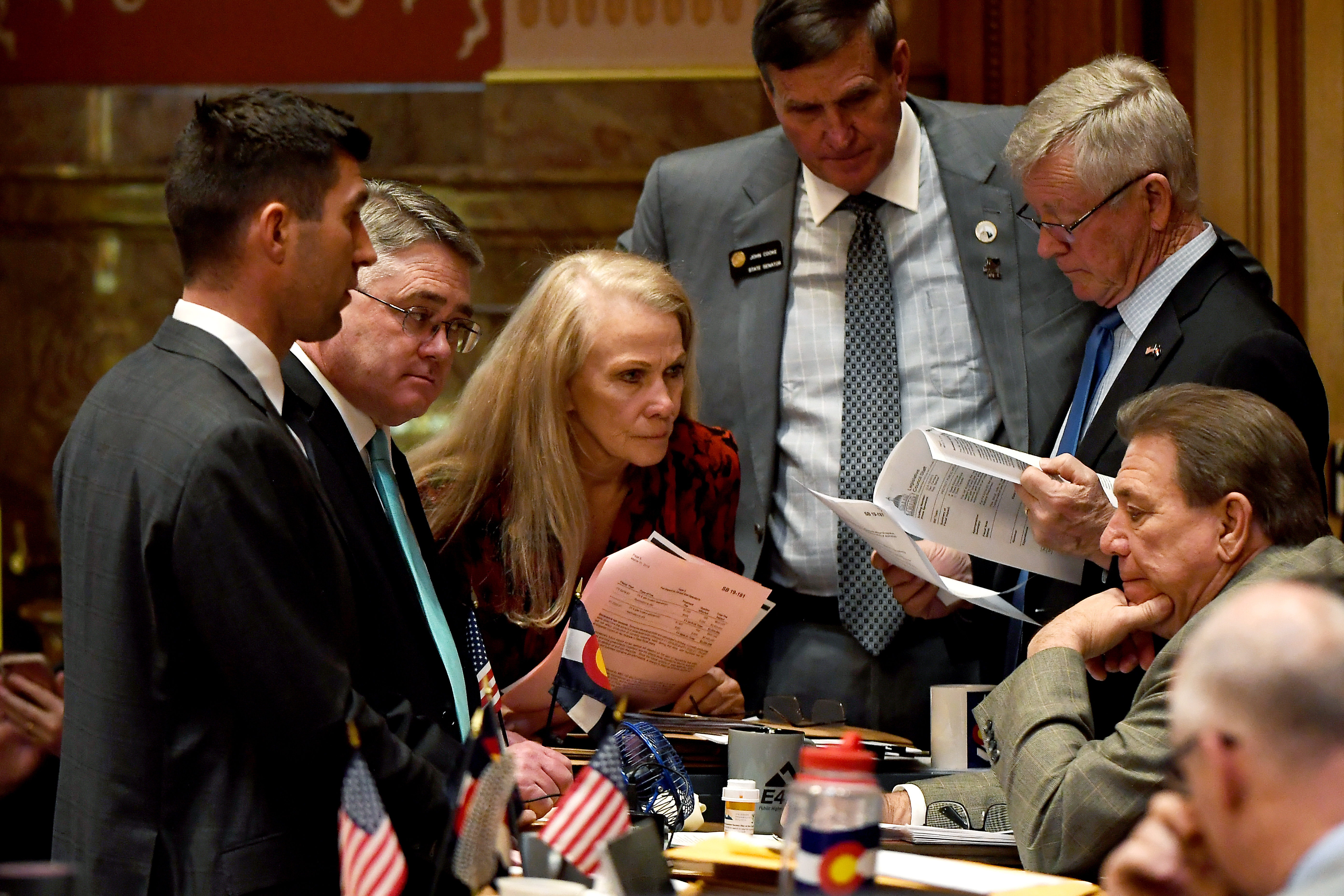 Joe Amon, The Denver Post From left, Republican state senators Owen Hill, Chris Holbert, Vicki Marble, John Cooke, Bob Rankin and Ray Scott look over Senate Bill 19-181 as it is debated at the Colorado State Capitol on March 12, 2019, in Denver. The bill, which was approved in the Senate and then recently the House, will significantly overhaul regulation of Colorado’s oil and gas industry.

“This bill will break the industry down and drive the industry out of the state of Colorado,” Rep. Rod Bockenfeld, R-Watkins, said in closing debate Friday.

The changes will undermine investment in the industry while giving local governments more control, which will create uncertainty, Bockenfeld said.

House Speaker KC Becker, who sponsored the bill with fellow Democrat Senate Majority Leader Steve Fenberg, said the industry will face changes, but won’t be driven out of the state. She said most of the bill’s provisions have been debated in previous legislative sessions and are a response to growing concerns about drilling that is increasing and is occurring in new places.

“For a long time people have been saying ‘I don’t have a say in this and it’s going on in my backyard,’ ” Becker said.