HART ENERGY. MIDLAND, Texas—Double Eagle Energy has amassed almost a couple billion in equity commitments for its Double Eagle IV strategic partnership which could have around 25,000 net Permian acres by year-end, the company’s CFO Joshua A. Gregg announced Nov. 16 during the Hart Energy Executive Oil Conference.

“We have close to $2 billion of equity committed between our sponsors and our management team, of which the management is putting in $150 million,” Gregg told the nearly 700 attendees at the annual event at the Horseshoe Arena during a Q&A discussion with Hart Energy Editorial Director Jordan Blum.

The executive said Double Eagle IV, which was formed in June 2022, looks to end this year with about 20,000-25,000 net acres mainly in the Midland Basin but also on the Delaware side. The company has two rigs running and is looking to go to four by year-end, he said.

“It’s going to go back to what we were doing at Double Eagle III,” Gregg said.

Fort Worth, Texas-based Double Eagle has been one of the largest independent purchasers of oil and gas leasehold interests across Texas the Rockies, and the Midcontinent. The recently created Double Eagle IV partnership will primarily focus on investing in oil and gas properties in the Permian Basin, while Tumbleweed IV will focus on royalty and mineral investments across the same basin.

Double Eagle IV aims to follow a similar path as previous developments now divested including Double Eagle I, II, and III, but on a much larger scale. The newest venture will require substantially more upfront commitment from funds managed by EnCap Investments LP along with Apollo Global Management LLC, Magnetar Capital and the Double Eagle management team, according to Double Eagle.

“I think a few differentiating aspects of Double Eagle IV versus Double Eagle III, is that as we look at the way the market is going, we know that this is more of a long-term hold, that we want to create the cash returns. And so, we are now underwriting a much, not different, but a more focused strategy,” Gregg said. “So, we’re looking to build less acreage, less inventory and just kind of have a just-in-time effect where we can keep rigs running, create cash flow, reinvest that cash flow into the assets, and create a return that way. It’s been successful so far.” 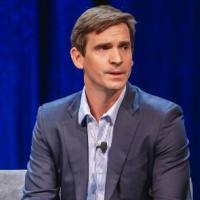 “[Double Eagle is] excited to get a leg into the Delaware and realize some returns.”—Joshua A. Gregg, Double Eagle Energy

Gregg said the plan for Double Eagle IV was more long-term and “focused on putting together enough acres to keep four rigs running, to keep that cash flow going” while also moving from the Midland Basin into the Delaware Basin. The company has also entertained entering the Bakken, Eagle Ford and Niobrara but remains focused on the Permian, which it knows well, the executive said.

The “Delaware has fantastic returns,” Gregg said, adding the company was “excited to get a leg into the Delaware and realize some returns.” With a longer-term focus, the company has more flexibility to invest in non-operated opportunities in the Delaware Basin with the potential to reinvest capital elsewhere, Gregg said. “It gives us more of a strategy for the long-term.”

The Permian Basin is one of the hottest basins in the U.S. and a steadfast supplier among growing gas markets, Rystad Energy senior vice president-consulting Rob Cordray said during his participation at the event. Permian production grew at a rate of 15.3% per annum between January 2018 to June 2022, Cordray added.

Double Eagle IV was formed by the same management team that successfully oversaw the three predecessor companies, with John Sellers and Cody Campbell continuing to serve as co-CEOs. Over the last seven years, Sellers and Campbell have participated in three Double Eagle deals with a combined value from the last two deals almost approaching $10 billion.

“At the end of the day, [Sellers and Campbell] want to do deals that make money,” Gregg added.

In 2021, Double Eagle III Midco 2 LLC, wholly owned by DoublePoint Energy LLC, divested all its leasehold interests, subsidiaries and related assets to Pioneer Natural Resources Co. in a deal valued at $6.4 billion. The deal consisted of 27.2 million shares of Pioneer common stock, $1 billion of cash and $900 million of debt and liabilities.

With “Double Eagle III we were operating seven horizontal rigs before we sold to Pioneer and we were close to 100,000 bbl/d of production,” Gregg reiterated during the event.

In 2017, Parsley Energy Inc. purchased certain undeveloped acreage and producing oil and gas properties in the core of the Midland Basin from Double Eagle Energy Permian LLC in a deal valued at $2.8 billion.

In 2014, Double Eagle I and its Oklahoma SCOOP assets were divested to American Energy Non-Op LLC.

Pietro Donatello Pitts is a senior energy reporter for Hart Energy. He covers Latin America and the Caribbean as well as regions from North America to Europe, Africa and Asia. He covers topics spanning from the upstream, midstream and downstream sectors to the energy transition and geopolitical events impacting the global energy sector.