Gasoline prices are high for consumers, but why don’t oil companies want to drill for more oil? There’s a good reason.

Story By Travis Hoium  – The Motley Fool. Oil prices are high, and there’s a desire for greater energy independence around the world. It seems natural that drilling would increase in the U.S., Europe, Brazil, Africa, and even the parts of Europe where oil is available. So, why isn’t drilling increasing at a rapid rate?

There are a number of reasons, and the market dynamics can give us some answers. While gasoline prices are high at the pump, the market won’t be pricing in elevated oil prices forever, so oil companies and investors are hesitant to put too much money into the ground. There are good reasons why “Drill, baby, drill” isn’t the refrain in the industry today. 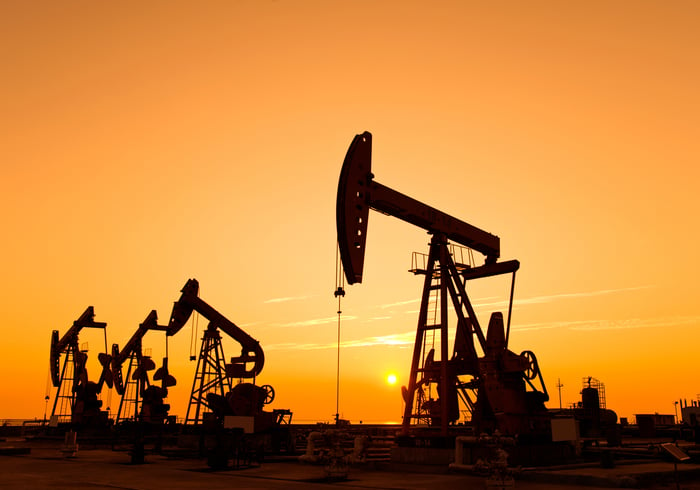 Oil companies are licking their wounds

In the oil crash of the mid-2010s, investors in oil companies lost over $1 trillion in value in equity and debt markets. You can see below that even industry leaders like Royal Dutch Shell (SHEL -0.60%), Occidental Petroleum (OXY 0.70%), Transocean (RIG -2.26%), and Halliburton (HAL -0.98%) all reported losses for at least one 12-month period; Shell is the only one of these four to make a significant profit from 2014 to 2018. 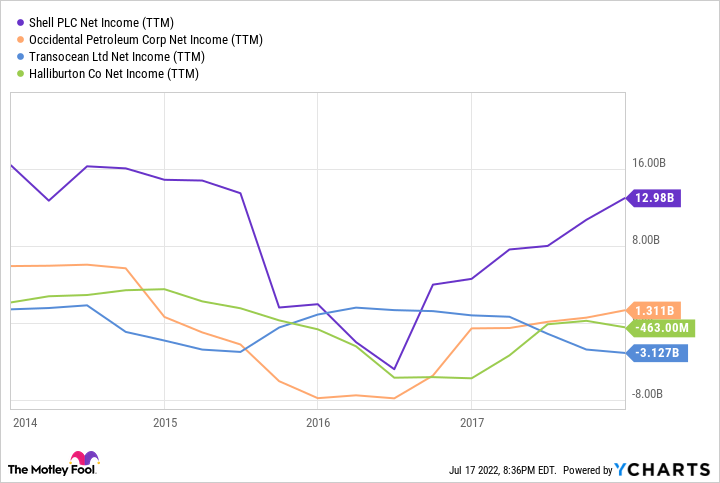 I picked these stocks because they include exposure to a bit of everything in the oil business. Shell is an integrated major oil company, Occidental is an exploration and production company, Transocean owns offshore drilling rigs, and Halliburton is a services company that operates around the world. None of them were spared from this downturn.

We could repeat this chart for 2020, when oil prices went negative for a short time and demand collapsed because of COVID-19. Put together, the lesson from 2014 to 2020 was that oil companies don’t want to get overextended in case prices plummet, because the companies that do could end up bankrupt.

Oil is high but not as high as you think

In general, oil companies are being more conservative in their capital spending, which means that exploration and production budgets are down. But if oil is $120 per barrel, there’s still a lot of money to be made, so someone is going to expand drilling, right?

The answer is more complicated than the oil price quoted each day would indicate. Oil markets are currently in what’s called backwardation, which means future prices are lower than current prices. Here’s a look at three futures contracts, including the August 2022 price (the spot price quoted in the media) out to December 2024.

If you’re an executive trying to decide if you’re going to invest in new wells this year, it’s not the current price that matters — it’s the price when the oil is flowing that matters. If a well isn’t going to be done until the end of 2023, you can only expect the oil produced to sell for $78 per barrel, at most. That’s much lower than $97.57 in the spot market.

Add the backwardation of oil prices to the conservative nature of oil executives today and it’s understandable why drilling activity isn’t picking up at a rapid rate.

At least onshore, the drilling picture is changing. The number of active rigs is at a two-year high and could reach pre-pandemic levels in the next few months. 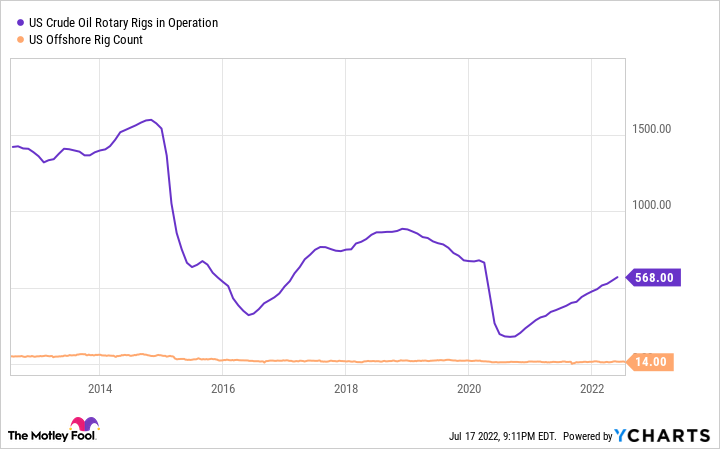 US CRUDE OIL ROTARY RIGS IN OPERATION. DATA BY YCHARTS.

Oil production is moving higher as a result. But it’s a long recovery to get to early 2020 levels because shale wells can’t easily be turned back on because of the fracking that’s needed to produce oil. 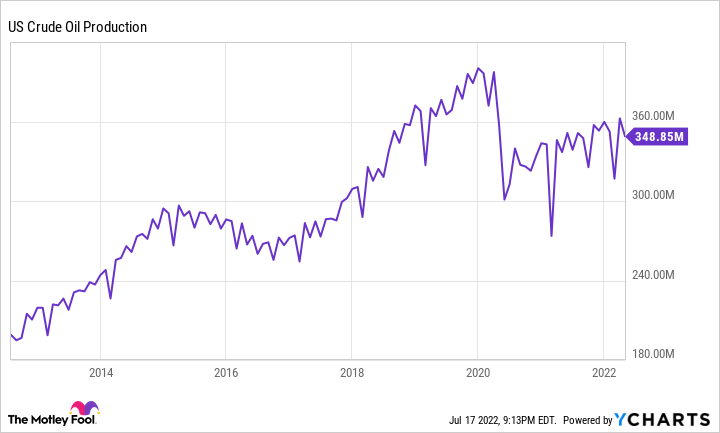 Slowly but surely, production is increasing, but it’s not increasing fast enough for oil prices to come down quickly. For oil producers, that means the cash flow they’re generating right now should continue for the foreseeable future unless demand falls.

Oil demand is uncertain, at best

If it weren’t for electric vehicles (EVs), oil companies might be more willing to drill for more oil. But in 2021, 8.6% of all vehicles sold around the world were plug-in EVs, and early figures suggest EV sales could rise by around 50% again in 2022.

If you’re an oil producer, you look at the vehicle trends and see that a peak in demand is possible in the future. That peak might not come today or even next year, but you don’t want to be drilling for more oil when the biggest demand source for oil (vehicles) are increasingly being powered by electricity.

Related: What Oil Price Do Co’s Need to Profitably Drill in USA?

How to invest in oil companies today

This time really does seem different in the oil business. Money isn’t gushing into new drilling, and executives seem more than happy with cash flow from existing wells and modest increases in production, rather than rushing out to drill as much as possible.

I think oil stocks should be seen as cash-flow businesses now, and dividends are more important than ever. And investors shouldn’t make the industry too complicated. Buy big, diversified companies where the risk doesn’t depend on a specific drilling project being profitable.

ExxonMobil (XOM 0.72%) is an oil giant with a 4.2% dividend yield, Chevron (CVX 0.97%) is another integrated major with a 4.1% yield, and Phillips 66 (PSX 1.69%) is a big refiner yielding 4.8%. These are industry leaders with great cash flow and steady businesses that can draw cash flow from what they already have invested in for a long time. They might not be long-term growth stocks, but sometimes a great dividend is enough to make for a great investment.

→ Oil companies are still licking their wounds from $1 trillion in losses last decade.